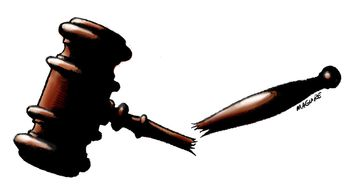 Unless you’ve been in self-imposed exile, or don’t have access to a phone, television, or computer, you’ve probably heard about or seen the Ray Rice videotape of him punching his now-wife Janay, knocking her unconscious, and dragging her out of the elevator.

While that was deplorable in and of itself, it seems this entire case involves too many people displaying poor judgment. Obviously, one need look no further than Ray Rice, whose lack of judgment in hitting his then-fiance started this whole mess. But plenty of examples of bad judgment remain. We have the NFL and my favorite football team, the Ravens, making fools of themselves while they engage in a poor display in ass-covering. Saying they never saw the second video and treating it as a “new” development that made them rethink Ray’s two-game suspension is an insult to the average person’s intelligence. They knew a knockout had occurred when they saw the first video that showed him dragging his wife from the elevator. A video of the actual punch wasn’t needed. The team even admitted that Ray was truthful about what happened in the elevator and his version aligned with the second video. So why fire him? If they felt that inadequate two-game suspension was fine, why backtrack? Just call it what it is. An exercise in rushed damage control.

If that wasn’t bad enough judgment on the NFL’s part, law enforcement authorities are saying that the NFL had prior knowledge of this damning video, despite their denials. So someone is either lying or is very incompetent. It probably would’ve been better for the NFL to just own up to making a bad decision with the two-game suspension and moving on, despite the fresh outrage from the video. Now they have more problems on their hands.

But the harshest display of judgment I see is that of Janay Rice herself. My social media feeds are showing many of my female friends and acquaintances ripping Janay for marrying Ray in the first place. At first glance, it’s understandable. Why would she marry a man who knocked her unconscious and dragged her body across the floor like she was a sack of garbage? Admittedly, I thought she stayed because of the money.

I had to step back and realize I’m not qualified to judge her. I’m not in her situation. I don’t know what’s behind the scenes. While we all can say what we won’t do, and what we won’t put up with, people react differently when critical situations actually happen. It’s easy to criticize Janay from the outside. She may very well be a battered woman. She may very well be with him for the money. Or she may simply love him as she says. I can’t rip her for her decision, despite what I see standing on the outside. She has her reasons. Sometimes, we do a lot of victim-blaming, especially when it comes to domestic abuse. Maybe we should stop sitting on our benches, judging others for things they do that we don’t like or agree with–especially when we don’t have all the details.

I just hope that she and Ray get help. After all, if it were that simple and easy to leave an abuser, do you think domestic abuse would be as prevalent as it is?

2 thoughts on “Too Many Unqualified Judges”